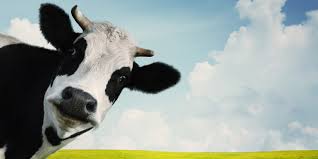 I watched the comment thread develop. Since it was from a delightful, intelligent group of solopreneurial women, it got more observant with each comment.

The discussion explored the rationales of offering small incentives – discounts, freebies, two-fers and the like – to one’s current and especially, prospective buyers, enticing them to buy.

Then it hit me: this is NOT small! It is the crux of nearly every trading decision. It is as ancient as any marketplace. What makes it a Deal?

I first fell into the Add Something Extra camp and not the Mark-It-Down Group. I commented about why I felt so and then thought further about what I really do and wrote:

“Thinking “outloud” here: Sometimes I just spontaneously GIVE something to an admirer who I feel strongly could not buy: a student, a single mom, a kid, a rattle to a traveling shaman, a person who came to my open studio in the final minutes and got the last pit-fired pod pot I wanted to sell out of. I recognize that spirit when it moves me and I just do it. If the Big Idea is to share my work, selling becomes just one way to do that. Finding my Perfect People and selling them what they want has strangely let me love my Slightly Imperfect People in another manner. I still donate pieces to events and causes I believe in, not just because the organization sent me a letter. Oh, and I trade a lot for more art and services! It is not black and white, which selling or not selling necessarily makes it seem. Yes, I need to make a profit, I need to thrive, but my goals stretch in concentric circles and I am at the center of all of them.”

Coincidentally, that same afternoon a collector came by and bought two larger pieces. I felt strongly that he intended to buy at least one piece, but I also extended my “Family and Friends” discount to him with genuine hope he would end up with the two pieces he said he really wanted.

In the evening, still thinking about the marketplace, the deal, giving, discounting, adding lagniappe, I remembered The Seven Laws of Money, by Michael Phillips, a book which has become more understandable to me in the decades since the 1970s when I first read it. The Fifth and Sixth Laws are bookends and below are some of the author’s points that seem to apply:

THE FIFTH LAW—YOU CAN NEVER REALLY GIVE MONEY AWAY

-Money as a dynamic flow is the essence of The Fifth Law. Money describes a relationship: borrower/lender, buyer/ seller or parent/child. Money flows in certain channels-like electricity through wires. The wires define the relationship, and the flow is what is significant. By looking at money in a larger perspective, even gifts are subject to being part of a two-way flow.

-The giving of money is an emotional not intellectual contract. Money is borrowed, lent or possibly invested. It is never given or received without those concepts implicit in it.

-When you get money, you must follow the Second Law and deliver something for it. A gift of money is really a contract; it’s really a repayable loan, and it requires performance and an accounting of performance that is satisfactory to the giver.

-Money acts as a mirror, because it reflects our values and our perception of the world.

And here’s my point: it’s all a flow, an interchange in a much bigger level. Make, destroy, don’t give, give, barter, exchange, sell cheap, discount, sell dear: all the same. 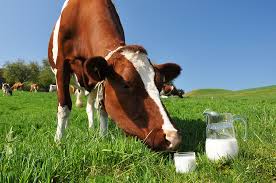 -Liz Crain, who intuited this all along, but had forgotten it in all the biz learning she needed to do to become a professional. The circle has come round in satisfying ways and is expanding outward now in profound ones.

2 thoughts on “Giving Away the Milk, the Cow, the Pasture – Or Not”