Although I’ve done so a few times, I find it confounding to write about my longtime ceramics mentor,  Kathryn McBride, who died in February, 2012.  Later that year I wrote “What Dreams May Come” about receiving a heartwarming bit of understanding and resolution. Last year I wrote “The Apron” about taking on one of her physical mantles. Regardless of my meager written output, she daily abides in me physically, mentally and spiritually.

Physically: I have many of her tools and materials. And I use them!

Mentally: I call a woven basket she gave me her “In Basket.” It contains small trinkets of hers and when I really need to tell her something, I write it down and put it there, smiling to myself.

Spiritually: Her Christmas Card from December 2011 reappeared a few weeks ago, full of loveliness and hope,  speaking about the coming spring she did not yet know she would never see. END_OF_DOCUMENT_TOKEN_TO_BE_REPLACED 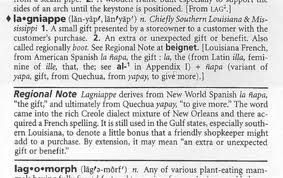 I could have said paean or laudation or even, dare I, encomium, but panegyric was the big ass word I needed for this public praise piece about my Art Buddy Karen Hansen.

So, without tons of backstory, and letting the photos describe her ceramic art, what’s good about Karen as an Art Buddy?

She’s Magnetic. It’s got to be about Frequency (or is it pheromones? I forget.) No matter, when I’m in classes with her, I want to know what she’s doing, thinking, making. It matters to me a whole bunch. Even though our styles are divergent, they’re sourced from similar resonances and I simply need to be around that to channel the muse and protect me from the detrimental energies in the room.

She’s Associative. That means that she collects her fascinations from nearly any quadrant and synthesizes them into enjoyable quirky meanings. A quick study of human foibles, she makes good fun of nearly every thing and every body. She’s facile with words and slippery thoughts. As a matter of fact, that might be her true medium. But it comes out in the clay too.

She’s Versatile and Steady. Adaptive and Constant. Ever-changing and Predictable. Do I speak in parables and opposites? Yes. Because it’s true. I’ve probably quoted it before, but it was Steve Allen (or maybe Marshall McLuhan) who said, “The funny man (sic) is a man (sic) with a grievance.” If we go beyond the oppositions, we find the unifying core of humanity in both tragedy and comedy and I enjoy that skill in Karen.

She Brings It Basically it’s a Full Catastrophe Package with Karen. Equally capable of shop talk, philosophy, baudiness, pop culture or fine art references, and animal humor, she most humbly reveals her passions. She can simultaneously complain and assess, with chuckles. She buys my art, too, astounding me.

Well, I mean to say I’m pretty fond of her. Art Buddies cannot be conjured. They ARE. I have a modest shelf of Karen’s treasures, pictured above. Some I traded with her, some I just purloined from her “extras.” Karen would modestly say these pieces reflect more about the eye of the beholder (me) than the maker (her), but I like them because they hold her special juju. Back to that vibe thing. And I want MORE stuff in this collection, especially of her newer work.

Fortunately for all of us, she recently entered the art market, a move I applaud. There’s her Etsy Shop, Polka Dot Clay Studio where you can see and buy lots more of her fun style for yourself. And there’s the Santa Cruz Open Studios Art Tour 2011, which we’re both still waiting to hear about our acceptance.

Conspirators. Birds of a feather. Com-madres. That’s how I feel about knowing Karen and her art. Did I heap enough public praise? Did I use enough illustrations? I hope so.