While I aim to write something here once a month, the calendar commitment has never been the reason I write. Having something to say is. Ideally I want a wry and esoteric “situation” to pick apart from many angles and then sew back up, satisfied. And then, by giving my best phrases to my thoughts, to offer enough value to that exploration that it’s worthy of sharing. And that’s exactly why I’m stepping away from my Studio Journal for an unknown period. Do read on…

END_OF_DOCUMENT_TOKEN_TO_BE_REPLACED

Once upon a time a college senior walked into her campus art museum to see some Conceptual Art in the brash new forms of video installation, sound and interactivity. I’m not sure if she was wowed or not, because she couldn’t tell you now one itty bitty thing she saw. But, on her way out, she offhandedly picked up a small freebie art card by one of the artists and thought it would be fun to play along with what it suggested. This is the story of what happened after that.

END_OF_DOCUMENT_TOKEN_TO_BE_REPLACED 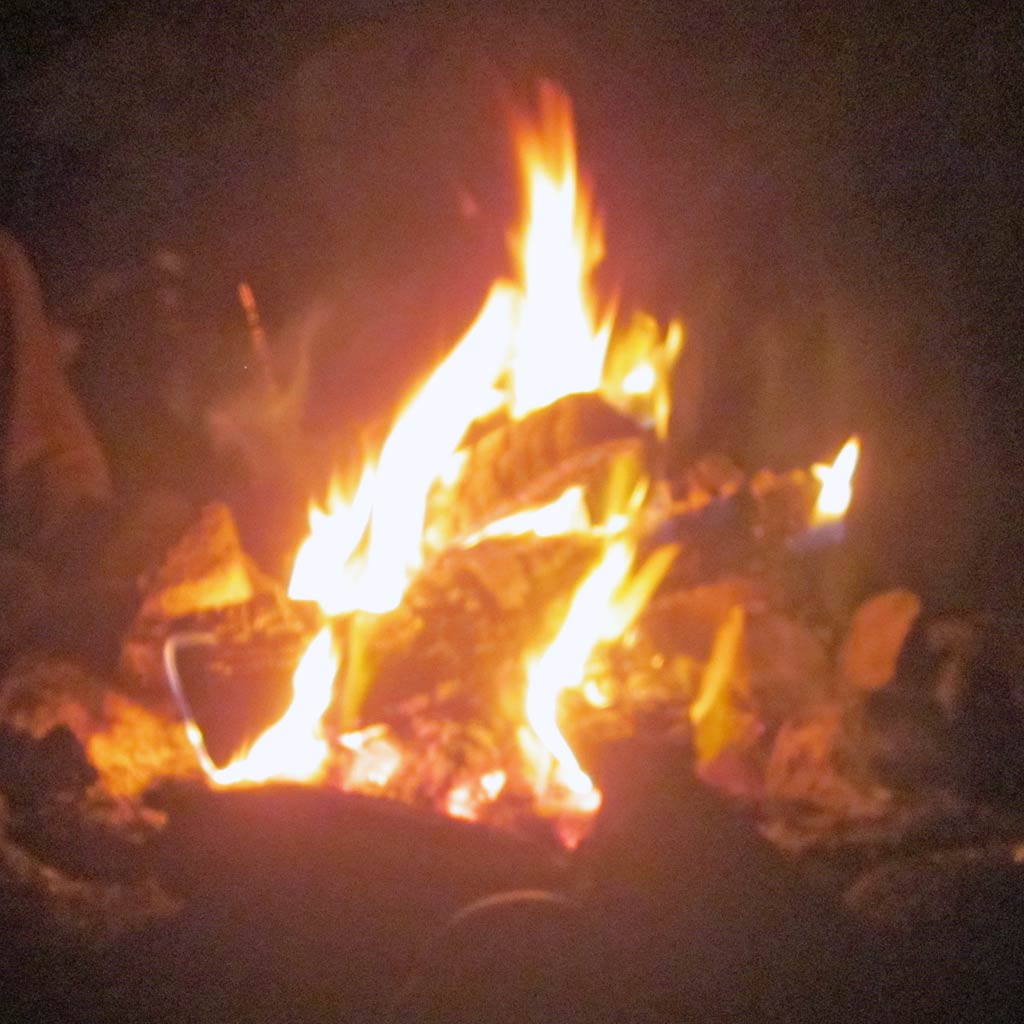 Some time in the past thirty years I encountered a brilliant bit of metaphorical imagery which described the creative process as the “coyotes of doubt” yip-yip-yipping just beyond an artist’s emotional wagons which are circled protectively round the flickering campfire of creativity. It has bolstered me often: The doubts have always been out there yowling, yes, but, if I choose to recall, I am safe and focused on the spark within. It has been this scenario forever with always the flame, the circle, the persistent yipping. Yet, surprisingly, a month or so into this global pandemic arriving at my own door, the howls have gone utterly silent, the wagons are now casually arrayed, and the campfire grows ever brighter.  I think I know why.

END_OF_DOCUMENT_TOKEN_TO_BE_REPLACED

Well, we probably don’t spend a bit of time contemplating gauges and shrinkage, unless we have to, right?  If you knit at all, you know that the size of your stitches matters.  (Ask my Mom about my ginormous three-foot-long childhood Christmas stocking she handknit vs. my younger brother’s normal-sized one made from the same pattern after she attained the intended gauge.)  And if you’ve fooled with clay some, you know you learn right away that its natural shrinkage as it dries and is fired both shocks (cracks! warpage!) and awes (it’s SO much smaller now!)  Imagine dealing with both at the same time…and let me tell you about that.

END_OF_DOCUMENT_TOKEN_TO_BE_REPLACED 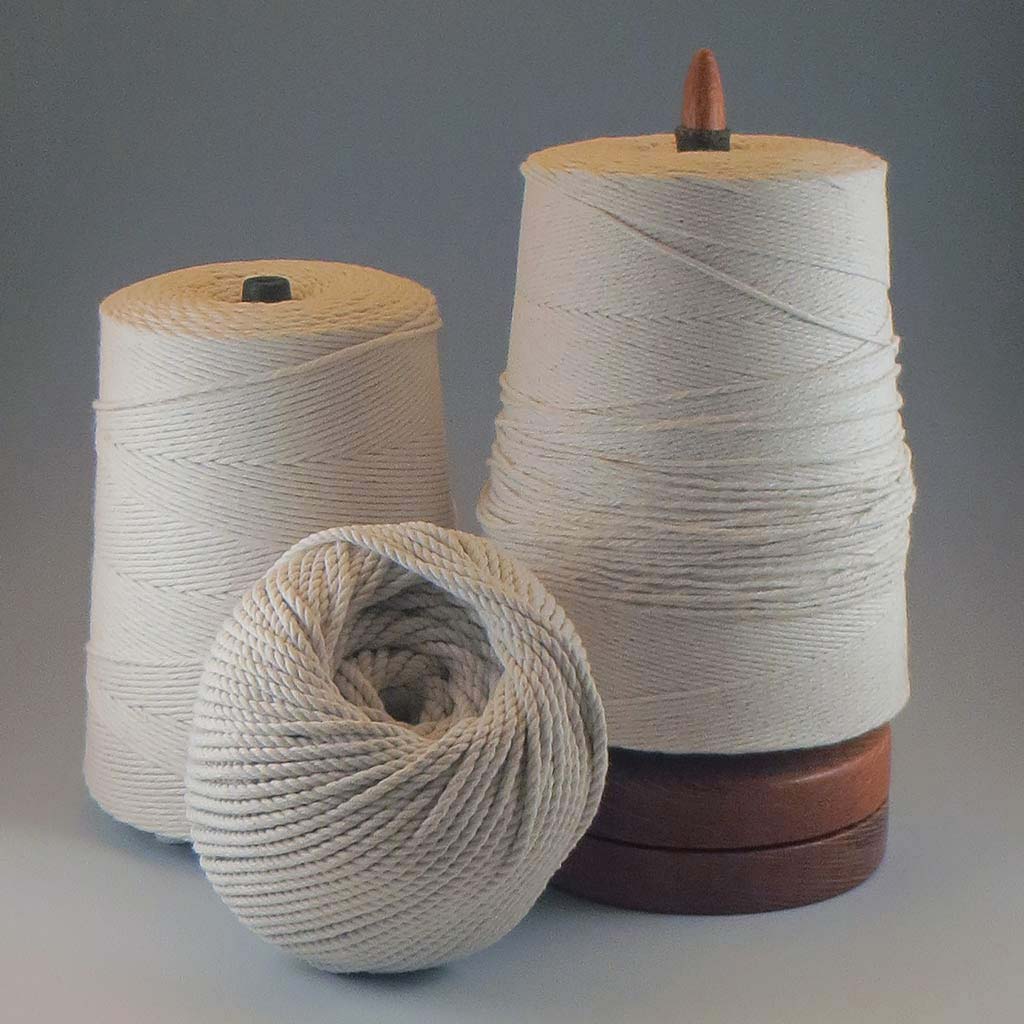 In December I normally I do a darling little ceremonial studio celebration and write about it here. This year the very idea was revolting to me and, even though I desultorially assembled some items – flowers, candles, music – for the intended affair,  I just kept working instead. Since last spring, when I learned about the wisdom of the vagus nerve, I have attempted to listen to it first and it wasn’t having no dang ceremony! It wanted the concrete, the material, the tactile and real…and it wanted it NOW! It also inkled at the continued writing of this whole Studio Journal thing, which I will understand better as I proceed to write about the very tactile and real kitchen twine, and I will attempt to explain what I learned-by-doing at the end.

END_OF_DOCUMENT_TOKEN_TO_BE_REPLACED

As you know, Dear Reader, in the past year I have been deep into the making of radically new ceramic work: figuring out the methods of design and construction, finding and developing the best practices for it, fiddling around with how far I could stretch, often failing and surprisingly not minding. After an intense year, this fledgling body of work was ready to show in several increasingly high-stakes debuts. Showing has its own demands, which in my case proved to be more verbal than anything. And you DO need to be able to talk easily and well because your art doesn’t speak for itself: YOU do. You also need to write about it and sometimes support it in articulate non-verbal ways as well. Yet, for the longest time, I foundered, uncharacteristically speechless, unable to find my Unmute button. Turns out it’s the Play button which does both for me.

END_OF_DOCUMENT_TOKEN_TO_BE_REPLACED

Over the years, I’ve done no more than a couple of commissions. As I have written in the past (Commissions Are Like Picking Scabs,) while they flatter – and pay well – they also hijack my one-seater creative glider. As a result of that, I’ve turned down more commissions than I’ve taken. My practiced, wistfully sighing response is a version of, “Oh dear, my studio schedule doesn’t have room for anything else…too bad there’s only one of me…” It’s worked like a charm for years. And then along came this request.

A few months ago, a gentleman emailed me from England, thrilled with having stumbled upon my website’s pages and pages of rusty cans, and cheerfully asked if I still created ceramic conetop beer cans, and, if so, would I be willing to make one for him? He’d pay the going rate along with international shipping and insurance. He mentioned internet articles about him (‘Dullest Man in Britain’…,) and it turns out he’s well known for having the largest collection of exclusively British beer cans – over 9,000! – which he has since sold off and donated to packaging museums and the like. He’s kept only maybe 1500 of his favorites, which are still packed away as he’s moved house and downsized too.

Instead of out-of-hand rejecting it, I pondered his proposal all morning. I just about trotted out my de rigeur line of faux regret, minus the sighing, when something bubbled up in the solar plexus that felt adventurous and just right, and so instead, I threw caution to the winds and replied, “While I normally don’t do this – yadda, yadda, yadda – I’ll do it for love and not money.”

I would generate a small run, perhaps a six-pack, decorate them as he desired and send the one(s) that met my standards, all at my expense…if he’d be willing to donate the equivalent monetary values to a favorite local charity, preferably one supporting the arts, literacy or the environment. He said yes and he knew just the charity, as it has served his family well in the past.

The rest of our interchange covered details involving photos of his preferred rare brands and the facts related to my truthfully crammed studio schedule. The stickier details: British conetops are rarer than rare (many were melted down for ammo and such during WWII) so I cannot easily or cheaply examine a real one, and they are 9 2/3 ounces – not the US 12-ouncers I’d made – so I would have to create and test a whole new pattern as well. We traded this sort of info for a few more days and then off we went. Me to my “studio schedule” and he to waiting patiently for it to open up.

Since then, I have made a whole new body of knitted porcelain work and completely redesigned and outfitted my festival booth to suit it. I had my debut presentation at the ACGA Clay and Glass Festival in Palo Alto last month – photo up top! – and it was so well-received that I needed to return to the studio, mop up and begin immediately to replenish my inventory for October’s Santa Cruz Open Studios Art Tour. I couldn’t even see my way clear to the end of the week, much less to writing England with the need to reschedule at a completely uncertain time.

Thankfully an email came this week with a second cheerful inquiry. “How are you? Haven’t heard from you. Hope you’re still interested in this project.” Instead of feeling guilty and obligated, I felt elated at the care and continued interest. Because I shared it! I told him I was still on board “in heart, but not in hands just yet.” That I had this new looming deadline, that I was doing daily stretching and rehab moves to stay in shape for my knitting marathon. That I had planned a couple of weeks away and out of the studio at the end of the summer, that I was now looking at the end of October to begin his unique commission.

And here’s the thing: with generous kindness he understood. “I shall put my enthusiasm on the back burner, whilst you crack on (with your more important/interesting stuff.)” So, with this unusually welcome commission merely postponed, I’m adding “crack on” to my daily lexicon and am stepping away from the keyboard right now to do a serious rendition of it.

–Liz Crain, who, when mentioning there was regretfully only one of her to do her work and she could use a clone, also asked if he knew of the comic strip Calvin and Hobbes and of Calvin’s Duplicator, a cardboard box in which Calvin made another Calvin to do his homework and clean his room? He hadn’t! So she suggested that “While you wait, please find and enjoy all the Calvin and Hobbes by Bill Watterson you can; one of the most well-drawn, imaginative, philosophical strips ever to be: a boy and his stuffed tiger (who’s real to him) both archetypal and oh-so-true to life.”