I can still see my Beginning Painting instructor’s bushy 70s walrus mustache motating as he critiqued – no, outright criticized – my certainly awful attempt at the current assignment: paint a self-portrait as a famous person. On a 3’x4′ canvas I had modeled a full-bodied gesture of Greek-robed, barefooted Isadora Duncan in mid-bound and was having trouble putting my features onto it at all convincingly. I particularly remember the mustache’s emphatic contract/expand curl as he sneered the word “dumpy” in slow motion. “IS-a-dora DUN-can WAS NOT DUM-PEE! ” he intoned as he was actually looking down his nose at me.

Thing is, this guy worked hard in his critiques at tearing apart the whole line-up of our work. I was not singled out here, but by the time he got to me I was seething. At the sight of that slo-mo sneering ‘stache, I blinked. Out of hot shame and powerlessness, I sputtered back with all I had: my born fightin’ Ulster-Scot sense of justice and fairplay. “We already know our work is bad!!!!!” I yelped,  “Why don’t you help us see what’s good about it???? Or at least suggest what we could try to make it better????”

I wish I could tell you what happened afterwards, or even the rest of the semester, but soon after that episode I had an emergency appendectomy and took an Incomplete. Within the year allowed to remedy the INC, I returned to his office with several other paintings I had done without the torment of his criticism. I got a B. Not sure it’s a direct consequence, but I have never taken another painting class.

END_OF_DOCUMENT_TOKEN_TO_BE_REPLACED

Glossophobia, fear of speaking, ranks higher than fear of death for most people,  so I am feeling most fortunate that I got through my Artist’s Talk/Demo at my ceramic alma mater, Cabrillo College, without leaving my body in either physical or mental form. END_OF_DOCUMENT_TOKEN_TO_BE_REPLACED 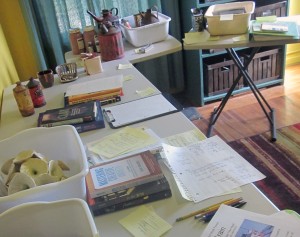 I was invited to give a three-hour Artist’s Talk/Demo at Cabrillo College Ceramics and it’s coming up this Friday.

While I gladly said yes about a month ago, I am now wondering just who volunteered me behind my back, because the scaredy-catted introverted hide-in-her-studio artist has got the dithers. My Inner Critic, Scylla,  is quite sure I will suck in the most boringly didactic way possible. That the crowd will politely suffer my foolishness and drift off at the first break and it will be The Worst Talk Ever. END_OF_DOCUMENT_TOKEN_TO_BE_REPLACED 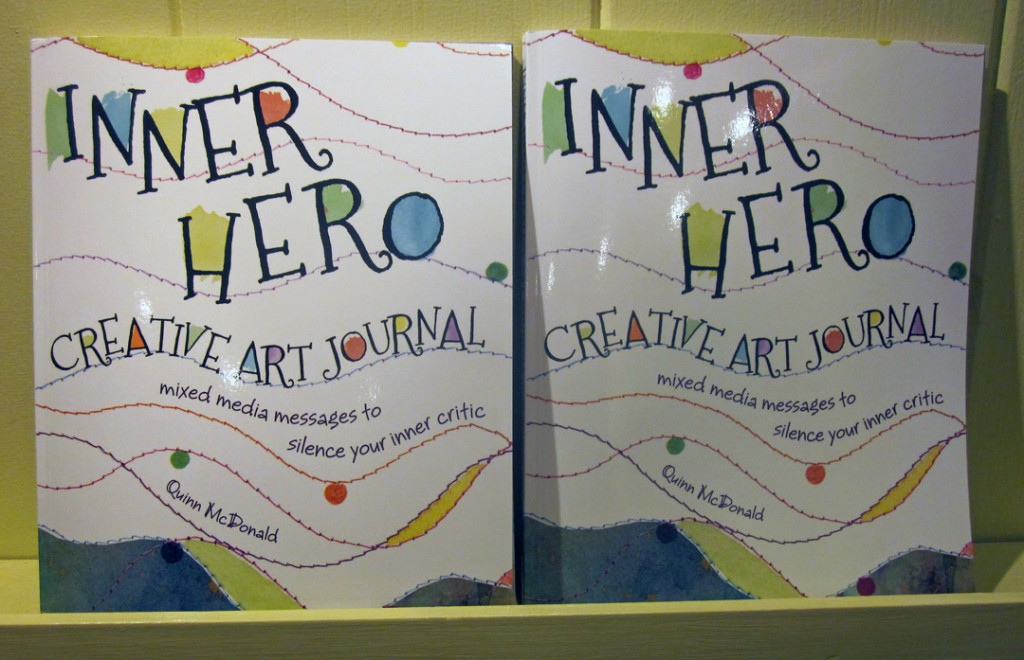 This post – my first official book review and giveaway –  is both an indirect and direct result of the book pictured above: Inner Hero Creative Art Journal: Mixed Media Messages to Silence Your Inner Critic, the second book by certified creativity coach Quinn McDonald.

I’ll break it down: END_OF_DOCUMENT_TOKEN_TO_BE_REPLACED