Once upon a time I was a Commission-Phobe. I wrote that taking on a commission was like picking a scab: a bit hurtful and self-destructive.

It was true for me at the time and you can read my reasoning here.  I have the horror stories to go with them: unreasonable deadlines, unending emails, design changes requested when it was too late, money refunded, non-payment. And I learned from them.

Since that post,  the special request tide has turned. It’s not that my reasons for hating commissions were proven wrong. They are all still profoundly true, but I manage the associated difficulties in suitable ways and I find myself welcoming select commissions with grace and ease. END_OF_DOCUMENT_TOKEN_TO_BE_REPLACED 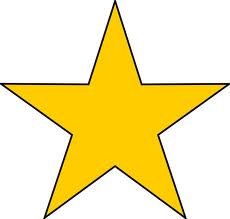 Kudophobia means Fear of Praise – or even Fear of  Glory!  I’m not sure it’s an official word, but it’s certainly an Official Fear.

I have a bit of it, at times, being more familiar with my decades-long learning and artistic struggle and less with any sort of  praise-worthy attainment.

I sense that most creatives experience something similar, especially when, after the searching, they start to bring forth the work they have imagined from the beginning.

It might go like: I think I am totally NAILING my ideas and STICKING their landing as well, but I am so used to NO-ONE noticing, I am unsure what approval means.

Of course I know better. It will just re-open the wound and make it worse. Maybe leave a scar.

And there I am doing it again: saying yes to a commission proposal, when I swore them off.

I’ve had some gratifying commissions in the past. The requesters are enthusiastic fans, wanting something special from my hands. Perhaps it’s a personalized beer can for a daughter-in-law, or matching tobacco cans for a family to commemorate a father, or an oil can with pour spout inscribed to honor a motorhead buddy. I treasure that they are nearly always special gifts for a loved one.

The collectors describe their idea, maybe they even come for a studio visit. We email, we exchange images. I make a sketch. We email again. Eventually we settle on IT. I name my price. A deposit is made and then….

I’m in trouble. (Actually, I was in trouble at the outset.) And it’s all my own doing. With a number of commission successes behind me, what could be the matter? I wasn’t sure until I started asking around.

Exactly NONE of the artists I’ve queried are enthusiastic about commissions. If they say yes it’s often against their better inclinations and usually for one of two reasons:

I do both. The money, fame, or open doors don’t usually motivate me, but offer love (appreciation) and  I’m  Just a Girl That Cain’t Say No.

Am I that much of a needy pushover? Naw, I think I’m just unskilled and unpracticed. After a decade of saying yes to everything, I’m now learning that not every opportunity is MY opportunity. (Thank you coach Cynthia Morris for this concept.) My spheres of creativity, my pursuits, my priorities have shifted, taking my studio rhythms with them.

Sometimes the right words come along in the moment as in, “Let me think about it.” But more often it’s a version of “I’d love to, thanks for thinking of me” and right where I should insert the lovely ironclad refusal….. I say OK and am all in. Oops, I did it again.

I need a Ten-Second Elevator Regrets Speech to parrot. I have Justine Musk’s crazy sarcastic list, “It would cause the slow withering death of my soul ” + 75 other ways to say No, which is definitely good for Creative Badass laughs,  but it still won’t get me the phrase I need:  the pleasant, clear-eyed refusal that leaves the asker not feeling sorry they asked in the first place and me with my studio schedule intact. Still Friends.

Just what IS the rub about commission work? Most times the problem is not the patron, or even the commission concept — although I have experienced disasters with both — it’s that the art-making is for someone else from the get-go. And immediately the choo-choo train of creative process needs a giant cowcatcher strapped on the front to fend off the extra assortment of expectations, assumptions, explanations, interpretations and arbitrary agendas. The presence of the patron never really leaves.

I thought the pains I felt over commission work, the procrastination, the pique, the self-doubt, were just me being temperamental. But other artists tell me of similar thoughts and feelings.  So it’s with glad relief that I’m reading Jonathan Fields’ book Uncertainty: Turning Fear and Doubt into Fuel for Brilliance which defines The Rub. He says free-range creativity takes a huge hit when it is subjected to expected evaluation. He speaks of the the differences between intrinsic (soul) work and extrinsic (paid) work as motivators, with the intrinsic work being more venturesome in all respects. To back this up, he cites a study by Teresa Amabile of Harvard Business School  in which 23 artists created 20 works each: 10 as commissions and 10 as they wished. The artists did not know this, but afterwards all the works were put in front of a panel of artistic experts — museum curators, art historians, gallerists and the like — to evaluate for creativity and technical excellence. While they found no separation between any of the works in technical excellence, “the commissioned works were rated as significantly less creative than the non-commissioned works.” Significantly!

It’s starting to seem obvious. “When you know better, you do better.” (Maya Angelou) For the good of all — me, them and my best artwork —  I need to put a bandage over my automatic-yes-to-commissions habit and let it all heal.

~Liz Crain, who enjoys the fact that even the venerable late Victor Spinski once got so irritated at a collector’s request for amendments to his work, he took the piece – a trompe l’oeil garbage can – put it out with his regular garbage and photographed the garbage collector’s surprise at breaking it. She’d like to have overheard his explanation to the collector as he returned the money.