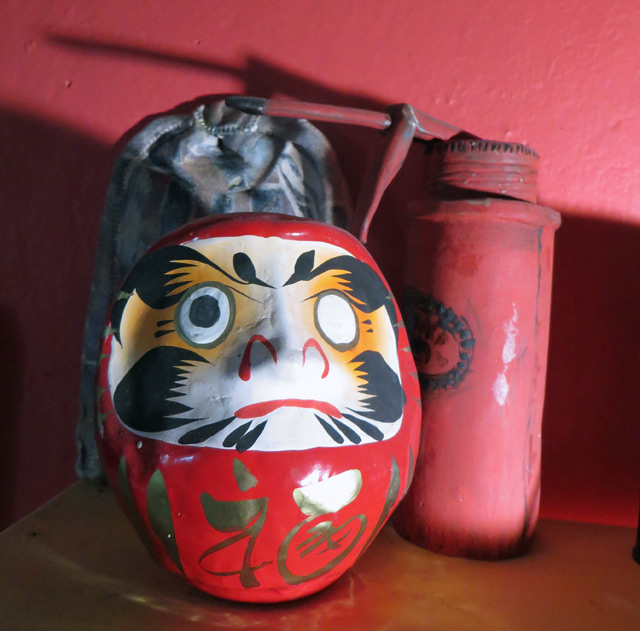 It’s been a hard-workin’ nonstop year. After a seven month stretch of incessant production and showing, my clay buddies tell me it’s normal to feel a bit cranky and whomped.

Thing is, my case of whomp seems to have settled in. The flavor is out of the chewing gum and I can no longer get myself to happily go in the studio, much less work on stuff waiting there.

It’s not so simple that a label could change it and I know that and have done –  or will do at a specific juncture – two things.

First, in an amazing show of contrarianism, I have issued a Stay of Execution for my studio. I have forbid myself to do any production work until easy enthusiasm for it returns, but definitely not before a couple of weeks have passed. Oh sure, I can go in there, but only to tidy and putter and commune with my muses.

Here are a few of them: 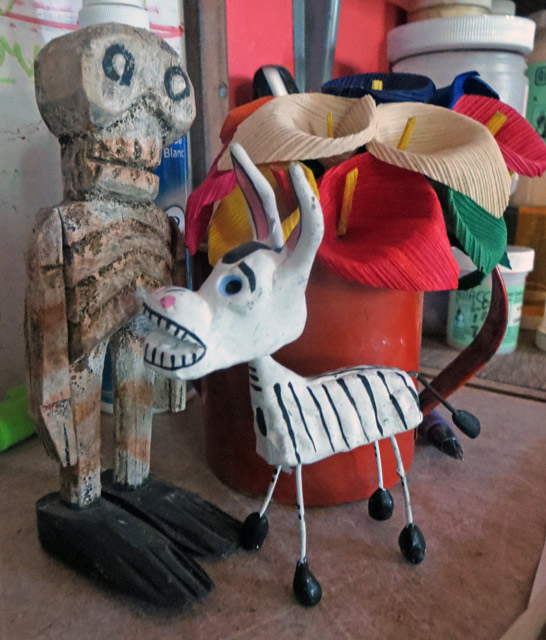 Don’t they look funny and a lil bit stressed? Which is why they are in my pantheon.

Second, see the one-eyed guy up top? That’s a Daruma Doll. In Japanese tradition, they come with blank eyes and one eye is colored in at the outset of an endeavor and one at completion. They are commonly used to mark yearly resolutions, weight loss efforts, disease survival, political campaigns. But since Never Done appears to be my motto, I have one in the studio watching me “in process” at all times. It’s a Zen thing. And it needs to stop.

When I return to the studio, less whomped and with renewed vigor, I will paint in that other eye. It will mark the end of a grand cycle of making, full of meaning and grace.

–Liz Crain, who is trusting not only in these choices, but also that she will know when to get another Daruma Doll to mark the next cycle of intention.