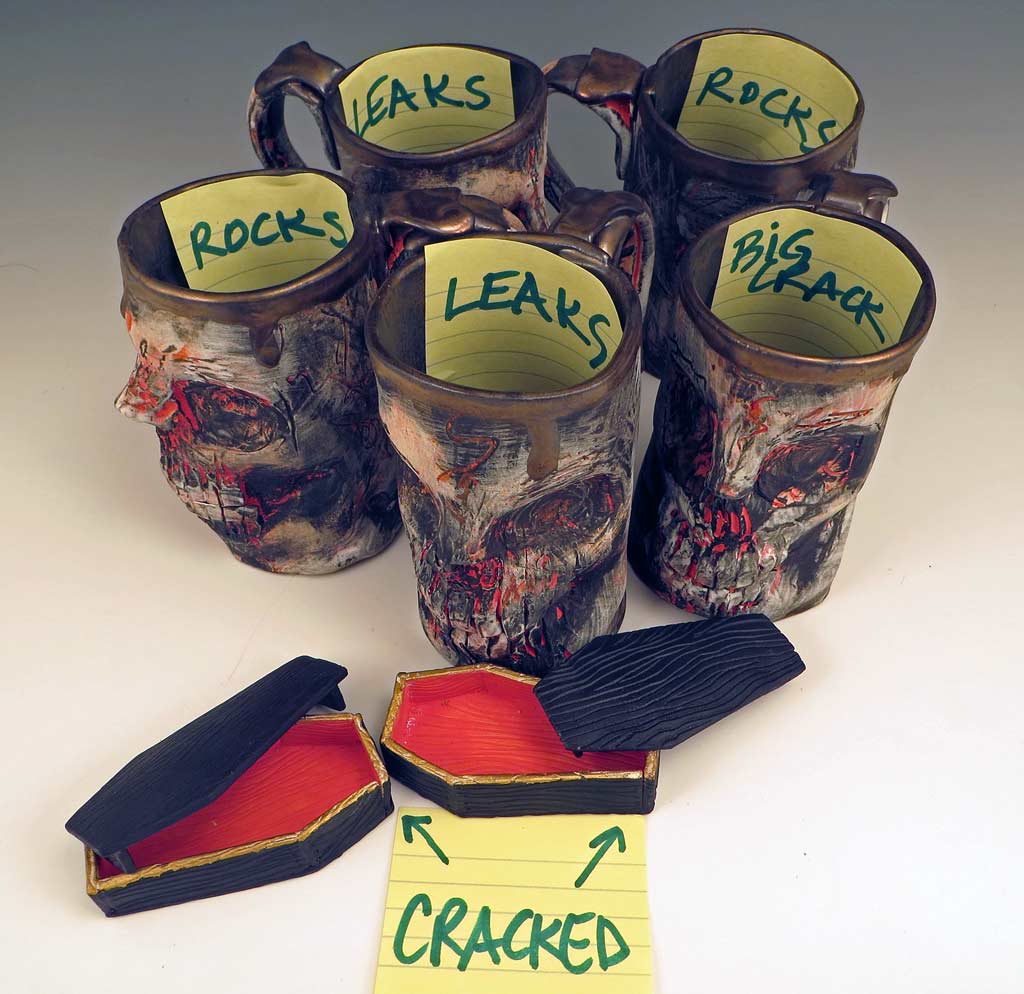 Thank you Homer Simpson for the wisdom.

Certainly with clay one is trying at every stage in the learning and the making. Try as one might, however, the clay remembers it all, especially in the kiln. Cracking happens. Warpage appears. Or worse.

With failure, one learns to try differently. (Or moves on to something less fraught with it than ceramics?)

The pitfalls of the haphazard are hopefully mostly skirted. Yet, with new work, new hazards await, along with new unknown but certain failures.

It’s highly personal, but Perfection is not the goal either. There will always be pieces on a spectrum of better or worse.

If trying is (somewhat humorously) the first step towards failures amid the successes, so be it.

–Liz Crain, who was once told she was “being too hard on herself”  (by a relatively sloppy potter in her opinion) when she did not allow cracked and obviously repaired work into her First Tier. She considers the “failures” in the photo up top evidence of her personal standards of excellence. She’s a QA Team of One. Some of those pieces may be corrected and/or re-fired, but then again knowing when to hold ’em and when to fold ’em is part of this art as well and they may not be worth the time. After patching, grinding, staining, refiring, she may still have just been polishing turds and been better off starting afresh, letting the Failures be just that: a natural part of the trying.