Why for sanity’s sake would a professional ceramic artist take a Graphic Design class? As the semester winds down and I see what I have – and sadly have not – learned for my time and angst, I am asking myself that. My desired takeaway – design layout skills which I could translate to the surface decoration of my cans –  seemed straightforward enough, but I was woefully blindsided by my cluelessness of what would be involved to get there.

I never suspected, for example, that modern Graphic Design is probably one of the most anally perfectionistic, entirely digital, exceedingly clean and non-tactile experiences possible. And I say that with love and respect, but, seriously Nope, Nope, Nope, it is not even a little bit like my messy, organic, directly malleable clay studio.

Humbled and schooled within the first few weeks, my learning curve inched glacially, sagged and threatened to flatline. I understood the concepts, had plenty of ideas, but I could not deliver on the execution with any ease or finesse. OK, I couldn’t do it at all, even horribly! I nearly cashed it in right before my more-important-to-me annual Open Studio weekend.

What turned it around? 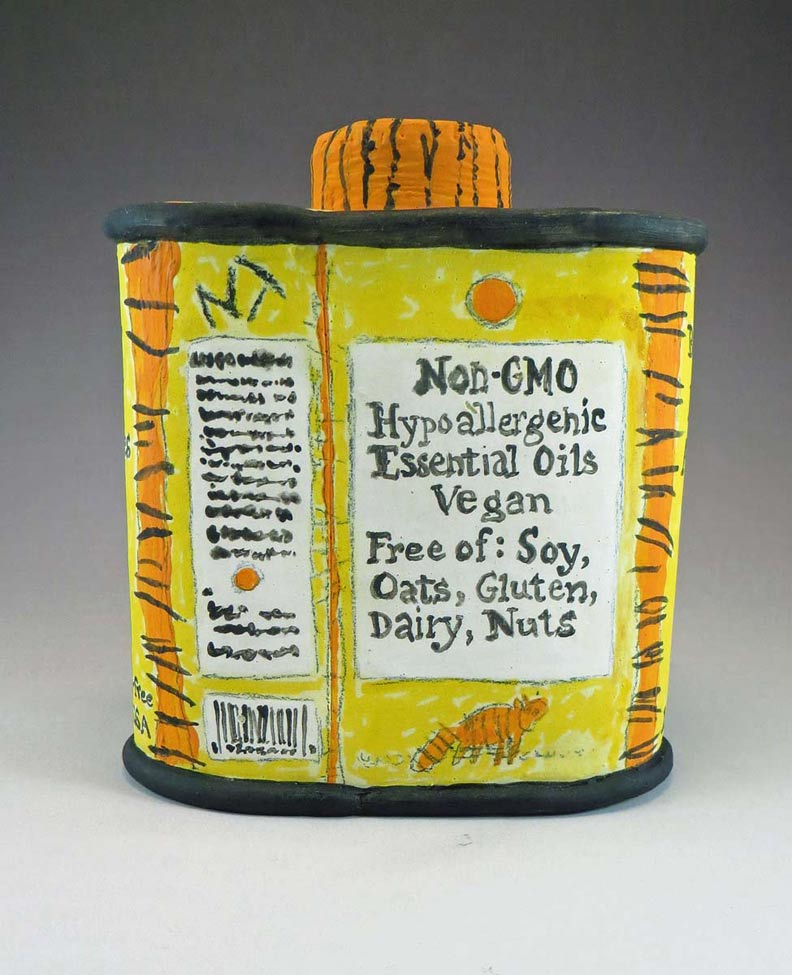 TOP: (and yes, there really is a plastic bubble wand inside.)

–Liz Crain, who is as happy as a purring tiger to have survived, nay, prevailed with pertinacity! in her Graphics Design class. RAWR! 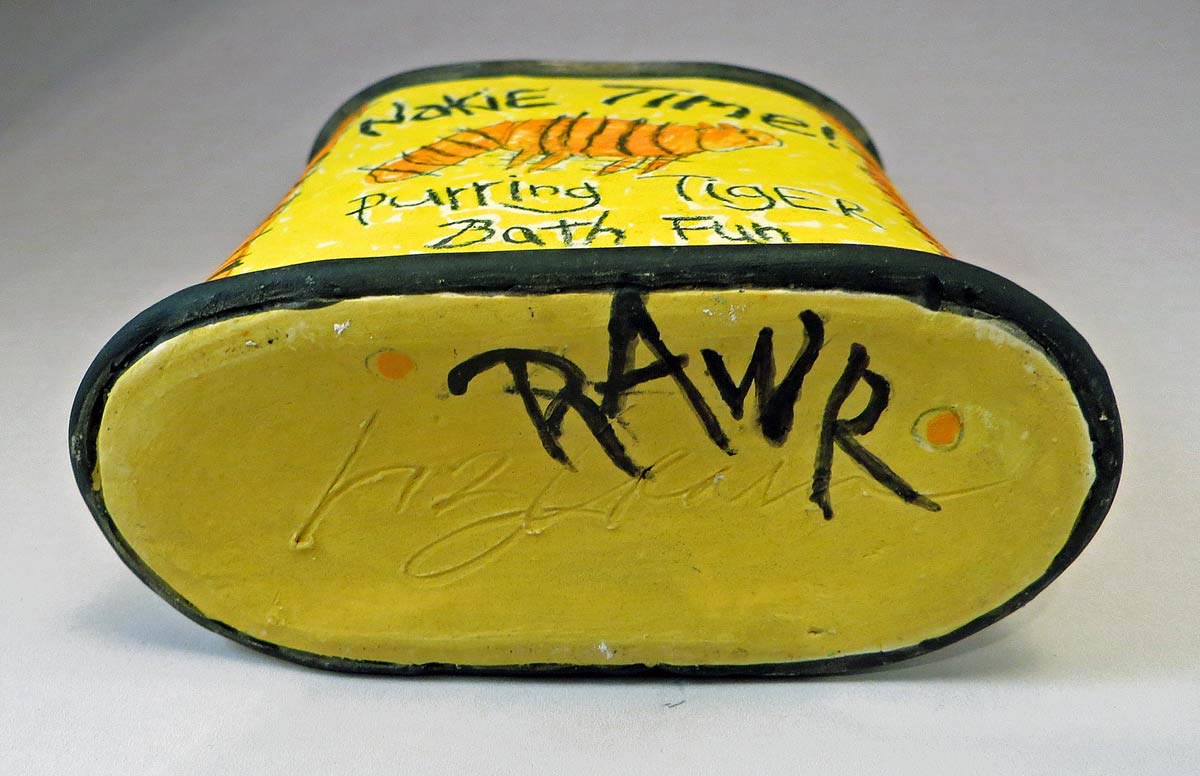