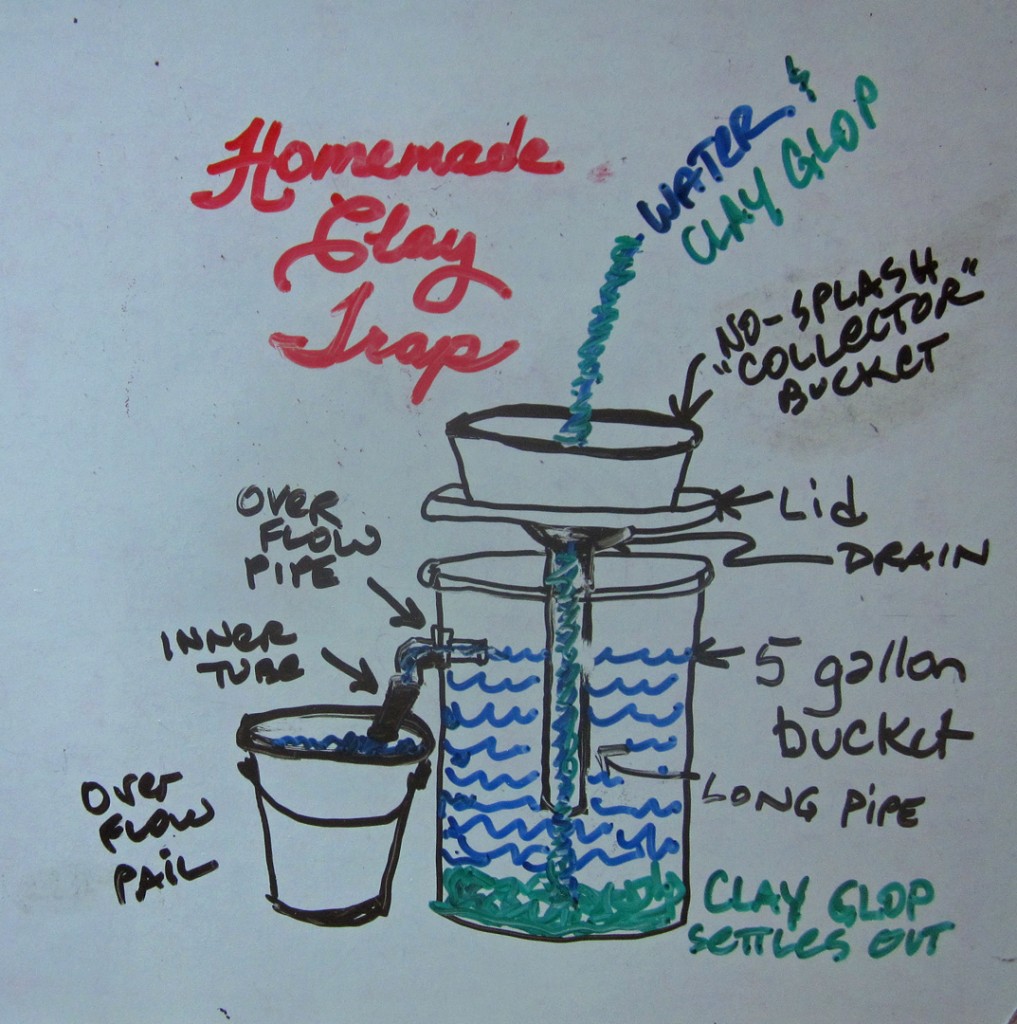 I have no running water in my studio. I like it that way. Being a ceramic handbuilder, I work fairly dryly and clean up often, but, even for me,  there comes a time when the water bucket needs changing. And, if you didn’t already know, clay and ceramic materials make serious sedimentary glop.

For over a decade, I have drained my bucket carefully into a sink (usually the kitchen because there isn’t one in the laundry or garage) and taken the slippy gloppity-glop stuff out to the trash and wiped the water bucket out with a rag,

I coveted Gleco Traps and even The Cink , thinking that when the laundry room got reconfigured, I would install one or the other and be relieved of a certain sort of well-founded guilt.

So, yes, it was just a matter of time for the kitchen sink to clog due to my slovenly clay glop-dumping ways, even if I was careful.

I could blame the recurring kitchen sink stoppages on the lame This Old House Plumbing or Too Much Chicken Schmaltz Down the Drain for so only so long.

Turns out, no amount of industrial-grade drain cleaner will move clay glop. No amount of plungering or snaking, either.

It means Going In:  the kitchen sink P-trap is removed with amazing swearing by my live-in plumber. It is manually cleaned – with the  full smelly reveal of my slovenliness – and replaced, with more swearing, as I vow to be even more careful.

What you see above is the explanatory diagram for a Homemade Clay Glop Trap, lovingly built by that same live-in plumber. Here are a few photos too, now that you can see how it works. And yes, it needs to be manually emptied and cleaned out when either the water collecting pail or the clay glop accumulates, but it is a straightforward job, unrelated to the configuration of the house plumbing. 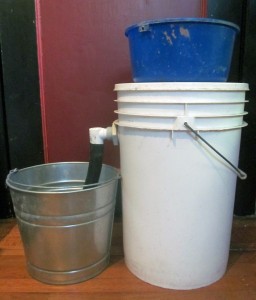 The side view of the whole set-up 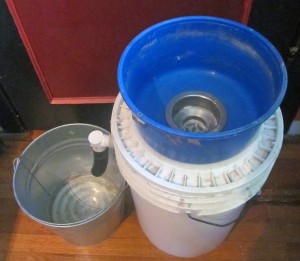 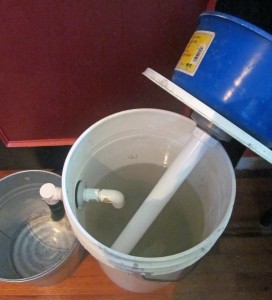 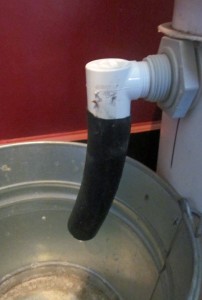 Close up of Inner Tube Guide into the Collecting Pail

Liz Crain – Who waited entirely too long to make a fairly simple correction to a very real problem. She has heard these called “tolerations” and just realized they are actually a form of denial.