This post is the beginning of the end for the Thursday’s Tile blog posts. I plan five photo essays for each of the senses on the Five Senses Bench and then a summation post, with everything ending in late March, after six months of Thursdays. 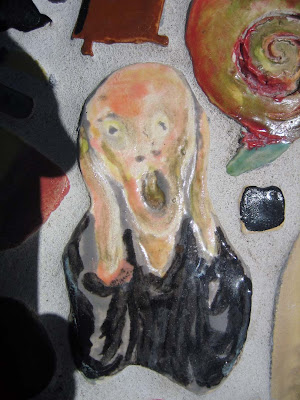 Many of the tiles on the Five Senses Bench are there because they express the opposite of what might be expected for that particular Sense. They might be another take on it, an anti-view or an out-of-the-bench tangential, thoughtful observation. Gosh darn those Artists!

Even though some of these tiles physically wound up applied on other areas because they could pass for two or even three senses, this grouping includes those that call to us to take the indirect route to even the things we could never hear.

Up above is a rendition of the main figure from The Scream by Edvard Munch, an image which strikes to the core of modern angst even though it was painted a hundred years ago. Munch painted several versions over almost 20 years, starting in 1892. Sometimes he titled it The Cry of Nature. Our Inner Ears hear this shrieking skeletal spectre and we come away wanting to cover our own ears and scream as well. 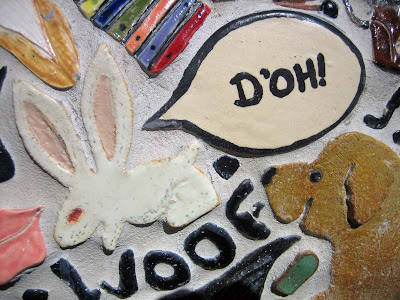 Next up we have words for sounds and two critters. If we could not read, would we even hear these animals? Does it matter that bunnies are some of the most silent creatures out there, only screaming in pain or ecstasy? And why oh why would a bunny be saying D’oh!? And, if we had never heard D’oh! spoken would we even understand what that speech bubble meant? Anyhow, the bunny says D’oh! because it was a placement opportunity sight gag that just came up and we took it. 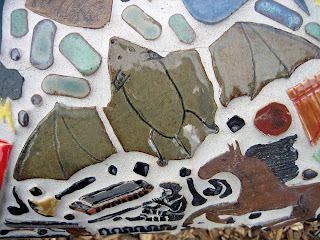 The dog in the last photo reminded me that we only hear within a certain range and other creatures hear things beyond, or, in the case of bats, do things differently with sound. Bats, the only mammals that truly fly, navigate by echolocation, playing a sophisticated form of Marco Polo every night. 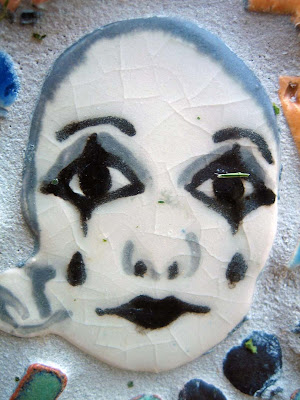 And what about communicating soundlessly, as this mime does? This tile is a good example of one that was suitable for both Hearing and Sight and wound up on the latter.

Below is a series of tiles that has to do with ear applications: ear plugs, ear protection – or is it old school headphones? – and a hearing aid. This is a grouping that represents things we do with and for and near our ears to enhance, deny, amplify or mitigate sound. 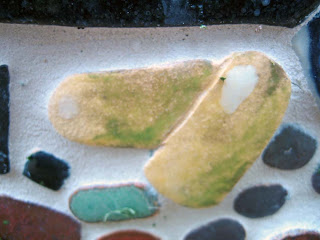 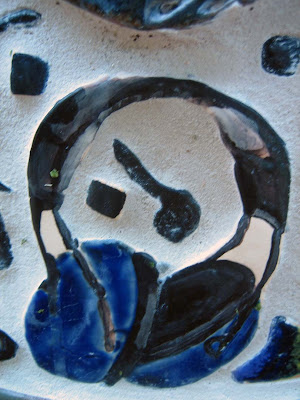 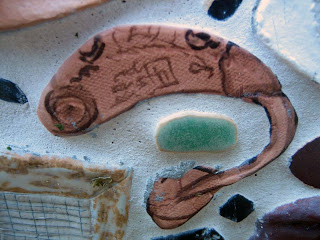 Do you know the old joke about the man with carrots in his ears, who, when told about it said, “I can’t hear you, I have carrots in my ears!” Well, you know it now. Dumb, yes, but a perfect example of things we can choose to do, since we do not have ‘earlids.’

So, that’s a tour of the Hearing area that involves silence, sound imagination by our inner ears, extra-human sensations, as well as hearing modifications.

Once again, here are that area’s title tiles, suggested and made by the ever-involved DP. And here’s another sight gag based on the word ring. 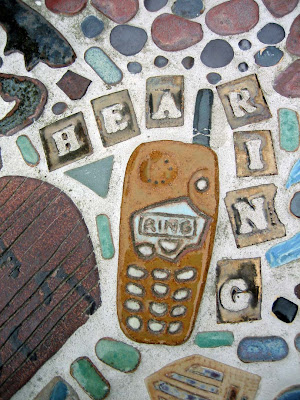