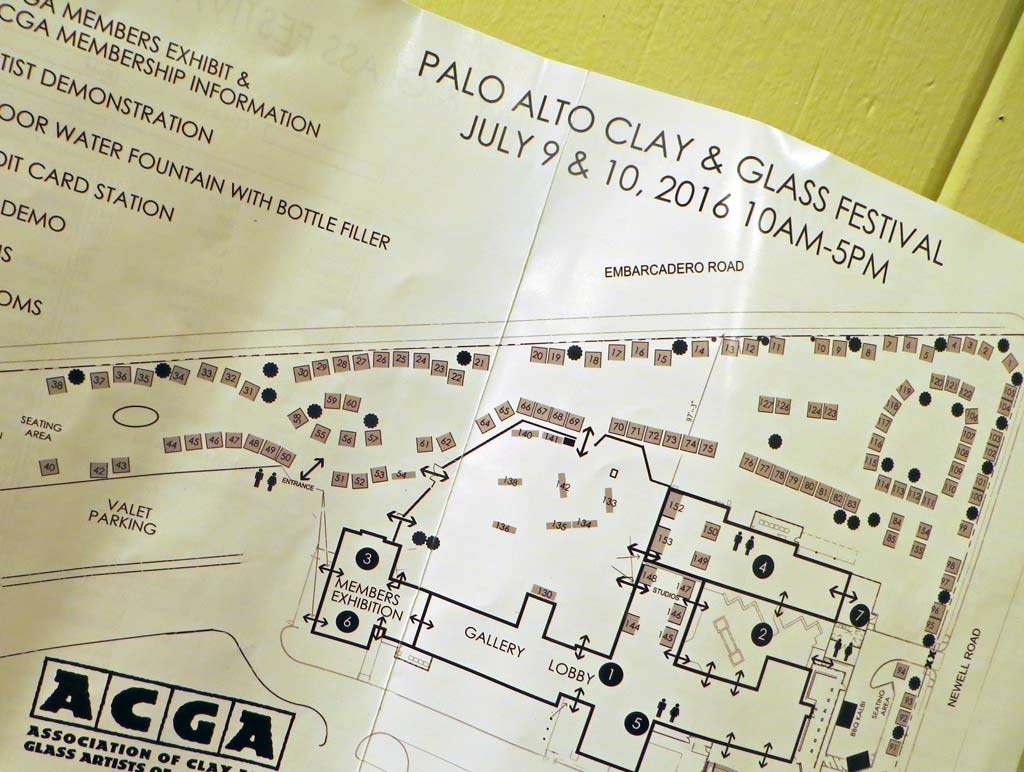 Every July since I juried-in as an Exhibiting Member, I have stood and delivered my art at the esteemed ACGA Palo Alto Clay and Glass Festival. That’s been five years straight, now, and without qualification, a delicious endeavor. It’s a destination event and, precisely because I put myself out there – ready or not! – I have met up with fans, collectors, museum directors, old friends, and the important opportunities and invitations which I am dead sure I would have never gotten otherwise. It’s my tribal village, after all. But, this year I took a planned break and instead went as a curious visitor.

Before I get going, let me say I did not miss the months of making “enough” inventory, or the week before packing, gathering, loading, off-loading and setting up, or the endurance run of being present the whole weekend live and in person. Not to mention the week after’s shakedown.

But on the actual weekend of, sitting out seemed bittersweet and if I had not dropped by, I would have felt an aching phantom limb sensation. I went first thing Sunday morning, that calm and collected time in which I knew artists might have a few quiet moments to chat. Saturday is just too relentless and up tempo for that.

I intended to take lots of photos of my artist buddies, their booths, their work, hell, even some longshots of the festival aisles for you, but I obviously sucked at that as I have none. I got a guidemap though, so that will have to do for this journal’s illustration. At least you’re oriented. I was so enmeshed in serial conversations and hugs, the camera just never came out.

All told, in the couple of hours I was there, I had 15 lively chats, 5 blown kisses to artists who saw me but were engaged, and another 4 missed connections. (Artist Not in Booth!) If I had my own booth to attend, I would have had neither time nor extra brain cells to pull that much socializing off. It was pure luxury.

In a curious way I also meta-experienced the Festival as I did back when I was a student admitting all possibilities: taking it in slowly, really looking at each shelf, full of astonishment at the limitlessness of clay.  It flooded back with throat lumps and I fell in love all over again.

The lagniappe to the whole visit was the Palo Alto Art Center’s current exhibition “Fired Up: Monumental Clay” which features scaled up works by some noted notables, rock stars and impressarios, many whose work I had not seen, even in books. Nothing like the presence of the original inside and outside to leave this visitor’s curiosity sated.

–Liz Crain, who actually took ONE photo of work by a new-to-her clay and glass artist who was at the very end of the line-up, off the map on the bottom right. Ross Spangler’s mugs are shining pretty in the midsummer sunlight. Next year she intends to return to the Festival in her artist role and will do a better job with the photos. 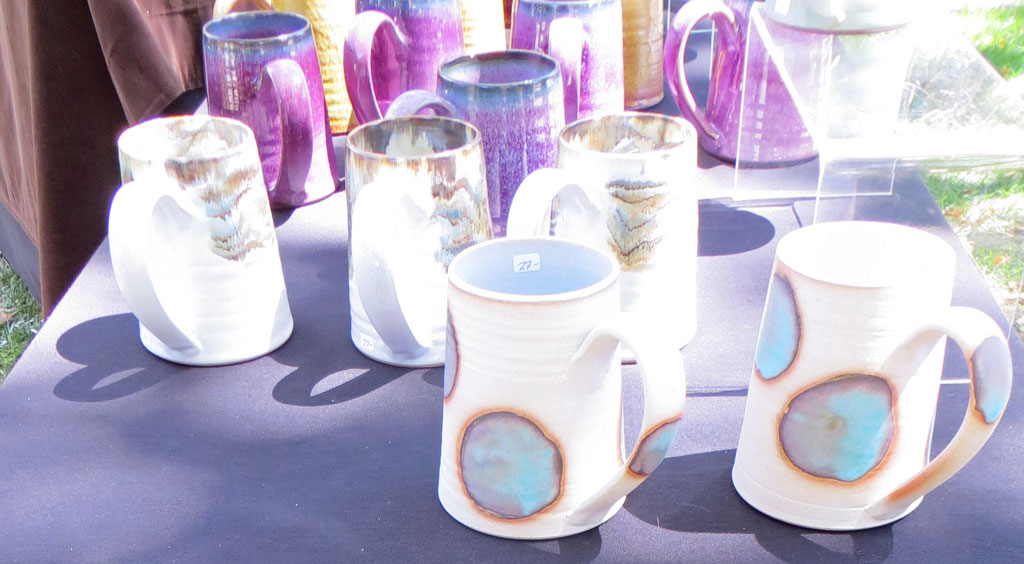